25 years ago today was one of the scariest times in my life. I was living in Roseburg, Oregon and playing baseball with my brothers in the years while waiting for the game 3 of the World Series to start. I remember going in to check and see if the game had started a couple times. At 10 years old, you have to maximize your play time (and at 35 years old too, apparently). So, even though I thought the game should have started, i was back outside to get a few more swings in, perfecting my Will Clark swing before I parked in front of the TV for the #SFGiants and Oakland A’s. The third or fourth time inside I began to wonder why the game wasn’t on. It was nothing but commercials. Finally, I took the time to wait out the commercials to see if the game had started. I was shocked to see Candlestick Park, filled with police, paramedics, half empty stands and players comforting their wives and kids on the field. Then in hit me. My grandparents were at the game. 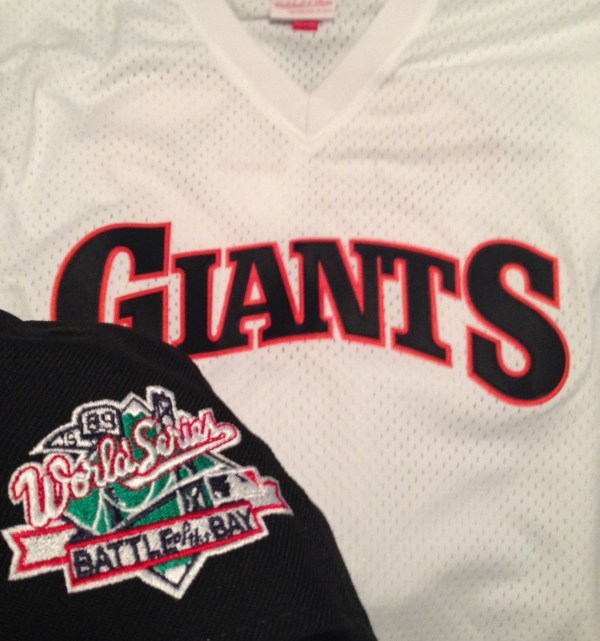 There were no cell phones back then and all i was seeing on TV was fires, collapsing freeways and complete chaos. My dad’s phone was busy. It was the most fear-stricken sickness I’d felt at my age. My mind raced, i was confused, the one thing I loved more than anything, Giants baseball, could possibly be taking away my grandparents. Finally, my dad called, he was panicked as much as I was, probably more from feeling helpless from being in Sacramento. He had been talking to every family member and friend trying to find my grandparents. I remember crying uncontrollably. I remember hearing the fear in his voice. It makes me well up with tears as I type this.

As he tried to get in touch with family, i hung up the phone and went back to the TV to see what else was going on. Then, the worst thing happened. The images of cars driving into the collapsed portion of the Bay Bridge played. I couldn’t comprehend what I was seeing. People were driving into the collapsed portion of the bridge. The bridge that we would take from The City to get back to Sacramento. The real fear began to kick in.

I don’t remember the next couple of hours. I imagine that I do what most people do in times of tragedy, stare at the endless loop of despair that is “the news.” I do remember answering the phone to hear my dad tell me my grandparents had made it out of San Francisco safely. Somehow, instead of taking the normal way home, my grandpa had taken the Golden Gate Bridge…“the long way home” and gotten out of the stadium as soon as the earthquake hit. The relief was indescribable.

Ever since, Section 53 at Candlestick Park has had a special place in our memories. And the crumbled cement and bolts from the upper deck seats at Candlestick that my grandma still has to this day, serves as a reminder of the ups and downs that make being a family member of Giants baseball so beautiful.