Lost Files: Why Reebok Changing Their Logo Means Nothing To Sneakerheads

Over the years I’ve written countless pieces and done equally as many interviews that were never published or only partially used. Here’s a new feature called Lost Files where I’ll revisit some of these pieces.

Saturday, my favorite player, Allen Iverson, had his jersey retired in Philadelphia and it turned out to be more emotional for me than I expected. Aside from myself, the praise for AI on Saturday was the same from nearly every person watching his jersey being lifted to the rafters; Iverson is respected for keeping it real and doing him. Or as people call it today, AI’s been trill. It’s that sense of pride and toughness that made me a life long fan, and subsequently, what today’s hashtag-heavy world would call a #BokBoy.

Iverson signed with Reebok before he was drafted in 1996 and since then, the partnership has been a poignant part of my passion for sneakers and the industry surrounding them. Although I’m currently employed by Finish Line, it’s important that I take off that hat temporarily, to discuss one of the most significant events in the sneaker world. My journey through sneakers has led me to Reebok’s door countless times, on the editorial side, interviewing athletes like Shaq and entertainers like Rick Ross, and on the business side, both working with them and coming very close to working for them, as well. But now, 25 years after I got my first pair of Reeboks (black Classic Nylons), it seems there’s a new twist in my relationship with Reebok.

Ironically, it was announced yesterday that Reebok has a new direction and brand mark. The “Vector” logo that has been found on the side of Reebok sneakers (and my beloved Reebok Questions) for nearly 30 years is no more.  Instead, the new brand mark stands at the front of the Canton, Massachusetts campus, the Reebok Delta. If the Delta logo looks familiar, it should. It’s been the logo attached to the Reebok Crossfit products that have given Reebok huge credibility in the fitness arena. For Reebok’s new direction, the Delta symbolizes change, physical, social and mental change. But if you’re anything like me, it represents a different kind of change.

In the late ‘90s, my love for basketball shoes was put on the backburner. I needed something fresh and something exciting to keep me going. Much like how that incredibly gorgeous and adventurous bad girl comes into your life and makes you question your longtime sweetheart, skate shoes came and turned my world upside down. One of the most impactful skate shoe brands in was Axion and their founder Kareem Campbell. Like Kareem, Axion’s skate shoes stood out from the status quo. A change of direction from the monotonous skate styles and overpriced basketball shoes of the mid-’90s, the Official, Aries and Uptown from Axion, had me on the edge of ditching basketball sneakers for good. My desire for the uninhibited footwear faded just like the vanilla scent and glitter of the seductresses always does, and I returned to Reebok’s basketball line after a year or so of infidelity.

The one thing I have always appreciated about Reebok is its minimal use of the logo. Like any good brand, the minimal use of a logo or brand mark is more of a statement than a design with a huge graphic across it. It’s like driving around a huge lifted truck in the city, obviously, you’re compensating for a lack of something. Think of the best Reeboks, like the Question, Answer, Kamikaze, Shaqnosis, Big Hurt and DMX Run 10s. There is one thing that stands out about each and every one. The design was unique and had very minimal use of the Reebok logo.

The Vector logo may be on its way out but it will remain on the Classics line, and until that changes, I’m still a fanboy. If I throw my business hat back on, I believe the Delta logo is placed at the forefront of their efforts is a good move for their current most popular demographic. According to Matt at SOS, Reebok’s Crossfit sales are minimal, but the brand recognition from the Delta logo and its ties to fitness has made quite an impact in my opinion. Give the Delta brand mark purpose and meaning as an agent of change and Reebok could have a winning formula on their hands. That’s the type of thing that will carry the rest of the Reebok Classics, even if they have to reintroduce the Vector logo to the next generation with every new retro release. Besides, for the next generation of sneakerheads a logo doesn’t matter, rappers do, and the Delta sign is more about the Roc Boys than it is #BokBoys. 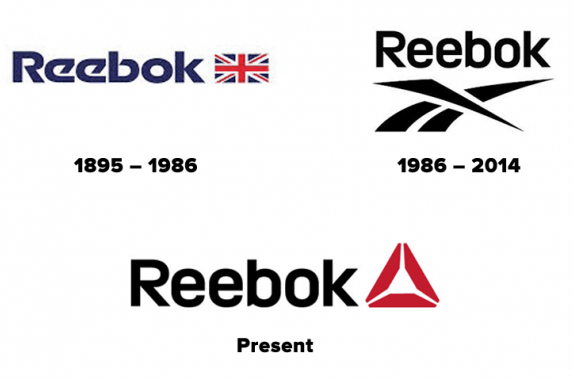