Life, Liberty and The Pursuit of What the F@&%!

It’s been a while since I rambled about absolutely nothing relevant to any of the couple thousand of you that somehow end up here every week, so now is the time. The 49ers just lost the Super Bowl (or Superbowl for you creative SEO types) and I’m about as frustrated as a man can be. Except for maybe that last month I spent with my ex, that was definitely rough. I never thought I’d be living in New York right now, and a very tiny part of me is relieved that the 49ers didn’t win. Because I don’t think I could have handled missing another parade down Market Street while I am stuck living the dream in Brooklyn.

6 months ago I spent most of my days working from the beach in Santa Monica or one of the countless Coffee Beans in the area, blogging, tweeting, Facebooking and fixing the screwed up SEO practices of big companies as a freelancer. Now I spend 11-12 hours a day in an 8 foot by 8-foot cubicle that’s filled with sneakers, writing about sneakers and reaching seemingly unattainable goals. There isn’t a day that goes by that I don’t question what I am doing, especially considering I go into the office every weekend and still can’t seem to catch up. My knowledge and skillset is grossly overlooked and I am paid about 40% less than what I think I should be getting. Yet still, this new “real job” has been one of the most enjoyable and as fulfilling, for my own personal goals in life, as a job can get. 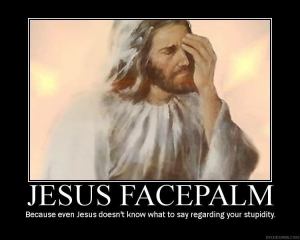 I’ve never really been cut out for working for someone else. It challenges everything I am as a person to be a part of something that is just a job for the people around me. It’s also nearly impossible to bite my tongue when people say things just to appease people, knowing that the truth is convoluted in the fast-talking. These uncomfortable things are exactly why I am here. To see them, to learn from them, and to make sure they don’t happen in my business, is an education that shits on any piece of paper a college can give you. How do you put a value on the invaluable lessons?

Before I took this job, I made some changes in my own business to compensate for me being removed from the equation. Unfortunately, the changes didn’t work out the way I had hoped and it undoubtedly hurt people that I care for. Thankfully, in my own world, I surround myself with people that are understanding and caring, about people, more so than the almighty dollar. I am very blessed to be surrounded by such great people, even if not in the geographical sense, at least in my heart I know. Though, I should probably tell them all more often.

Aside from my personal goals and shortcomings, I’ve met some great people being in New York (as well as some really stupid ones). I find it most entertaining the people that think they know what they are doing when clearly they don’t. The ‘I read this on the Internet and have clearly never applied it to see if it works’ approach is always a nice reminder as to why I have a business helping businesses. The other thing I can’t figure out, which is completely random other than the stupidity connection, is why people lean out over the subway tracks to see if there is a train coming. Like looking down the tracks is going to help it get there quicker? It’s perplexing to me. I’ve wanted to ask so many people but I know the question itself would just confuse them and probably kill my brain cells in the process of explaining.

Anyway, now that I sound like a complete asshole, the new responsibilities at the job are nothing short of interesting and will probably keep my attention for a short while. At least until I remember that even though it was less creative, I was living a better life. NYC has always been on the bucket list for me, I’ve now scratched that off and am proud of it. I’ve made some really good friends, some people that push me to be better and played the game on the level with some of the people I respect most in the industry.

If life is in 7-year cycles, I’d like to think the next two years will establish a few things that I thought I’d already have set in stone by this age. I never imagined that I’d be single at this age. I also never imagined that I’d still be roaming around experiencing all the things most people are too afraid to experience, ie. new people and new places. But the funny thing is, I always thought by the time I hit 35, I’d be home in San Francisco, ready to embark on the next chapter. Maybe 34 is more accurate and maybe the 49ers and Giants will both win titles next year. After all as fucked up as today was, and as some of my time here has been, life is pretty fucking awesome.