If you follow me on Twitter, you’ve seen me say this at least 6 gajillion and two times. It’s relevant in every aspect of life but it’s even more important in today’s world, where a single retweet of less than 140 characters can be taken and turned into a matter of fact article by “trusted” sources.

Jeremy Lin has been a Bay Area sensation for much longer than the “Linsanity” that most people know him for. After leading Palo Alto High School to a title, he headed to Harvard, one of only two schools that offered him a guaranteed spot on the basketball team, Brown University being the other. Sadly for anyone who saw him play in High School, the choice to play in the Ivy League distanced him from the Pac-12 schools that most locals would have liked to see him attend. Lin himself even had dreams of playing for Stanford or UCLA. Nonetheless, after a successful 4 years at Harvard, the Bay Area’s golden child returned home when the Golden State Warriors offered him a contract. Lin only appeared in about 30 games as a Warrior but, as can be expected, was greeted by cheers at every entrance. Then, the Lockout came, salary cap room was needed for somebody name DeAndre Jordan, yada yada yada, Lin gets cut by the Warriors.

Fast forward through Linsanity, a successful run with the New York Knicks, where suddenly everyone outside of the Bay Area also saw Jeremy Lin’s potential, and Lin becomes the most marketable player the NBA has seen since LeBron James. Maybe even more so, considering Lin’s popularity in China could very well reach the levels of Yao Ming, who coincidentally tried to recruit Lin to play in the Chinese Basketball Association.

This off-season has already been filled with insanity, without Jeremy Lin. Speculations of every free agent in the league and potential trades have only been slightly interrupted buy Team USA’s pre-Olympics training, which consists of belittling every country possible on the basketball court in true American fashion.

Despite the rumors, it’s still Jeremy Lin that seems to have the hearts of writers and, er, “basketball fans” if you want to call them that. Most of my regular reading is not about basketball, however, Jeremy Lin has infiltrated the sites I frequent like GQ, Mashable and Fortune. All of them have a “unique” perspective on Jeremy Lin and the effects of his choice to play for the Houston Rockets, a team he had already signed with before he signed with New York, mind you. 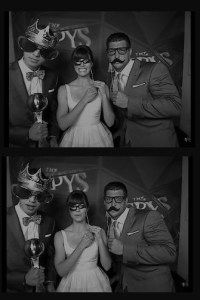 Let’s break down the three articles and the way the perspective is swayed ever-so-slightly like a palm tree in a Florida hurricane.

GQ Magazine: The Cool Perspective: “The New York Knicks letting Jeremy Lin walk out the door—for nothing—was the dumbest decision in the history of professional sports.”

Nothing says cool like Mr. Popular and whatever Mr. Popular says leads the high school team to victory and the whole team can have a bro moment together. Don’t forget your varsity jacket and class ring, Hahvard.

Mashable: The Tech-Savvy Perspective: “Linsanity as we know it is over. But what will come next?”

On to the next trend, clearly Mashable is on top of everything, even the things that haven’t happened yet. Already forgetting about Linsanity and hoping to guess the next wave. The Texas trill, hunnid, wordplay escapes me at the moment but i hope the next trend combines Lin, ridin’ slabs and tippin’ on 84’s because anything would be better than the “everything is bigger in Texas” jokes that are bound to fill my Twitter timeline this coming NBA season. (He’s clearly got the crunk look down in this ESPY picture.)

Fortune: The Be About Your Business Perspective: “The surprise loser in the Linsanity’s Texas-sized switch isn’t New York or Houston — it’s the league itself.”

Raining on parades in July? Fortune killed any hope for the future of ANYONE. We will have no fun; we are all going to die. Thanks guys, we realize that disregarding the excitement factor of sports is the best way to focus on your money. No need to remind us that “Fact is, the NBA is better off with Jeremy Lin playing than not playing at all,” because we all know the League needs help. Have you seen the Bobcats? Worse yet, MJ’s jeans? Don’t worry, Mr. Stern has the draft all aligned the way he wants.

Is there a point to this stupid story? (Word to Mr Belding.)

We all know Jeremy Lin has the potential to be the biggest basketball star in the world because of his ethnicity. It’s easy to get excited about the pure passion he brings to the game no matter where you come from. The way he takes energy from the crowd and reciprocates it is reminiscent of all the great, exciting and entertaining players.

While you’re reading all of the stories, headlines, tweets and hearsay around whether or not the move to Houston is the right choice for Jeremy Lin, or whether the New York Knicks made the biggest mistake in the history of the world, I encourage you to do one thing.

Enjoy watching someone who loves playing the game. There is a shortage of players that truly play for the love of the game and are not swayed by friends, family, money or bling. Jeremy Lin is one of those players, and that’s what makes everyone want to talk about him. Long live Linsanity.