adidas, Nike, The Need For Attention and Competition 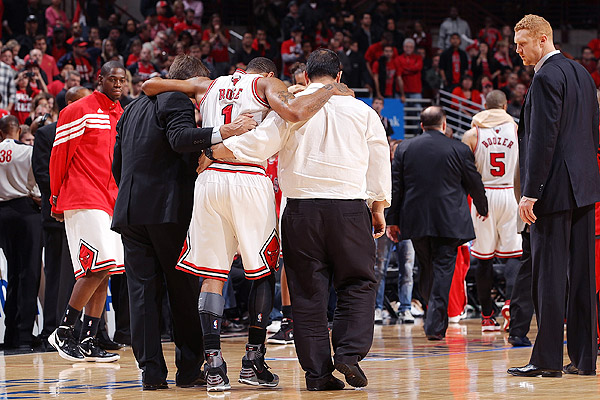 Recently there has been a lot of animosity between supporters of adidas and supporters of Nike in the sneaker community. With Derrick Rose’s recent injury, followed shortly after by Iman Shumpert, it was as if supporters and employees of The Swoosh were handed a bottle of lighter fluid while sitting next to an already blazing fire. Which of course led to a digital inferno of people going back and forth about whether or not the shoes on D-Rose’s feet had anything to do with his injury.

Before I get too far into my opinions on this, let me say, my passion for sneakers and the community, culture, and business that surrounds them is for the greater good. I love sneakers because of the friends I have met through this passion. I love the diversity of people that they bring together and the competitiveness that they spark within people. I have had the opportunity to work for both Nike and adidas but feel that my place in the sneaker community is better off outside the walls of a corporate entity, specifically because of how broad my taste in sneakers, people and passion for the business and community of sneakers is. To put myself in a position that my passion would be restricted to one brand would be like trying to go on a diet that only allowed me Top Ramen. I’d love it but it wouldn’t be healthy and it likely wouldn’t last long.

Not long ago I wrote about how I feel social media seems to give everyone a little more courage than the real world allows. For this recent Derrick Rose injury, that definitely seemed to be the case as well. However, the rivalry between Nike and adidas is one that is nothing new, it just so happens that the competitive nature of the sneaker world is fledgling. I’ve always said that my favorite era of sneakers was in the late Eighties and early Nineties, when Reebok and Nike were running competitive ad campaigns, like “Pump Up and Air Out.” Nowadays, the sneaker business is an $18.4 billion dollar industry and it’s even more important to go to battle for your team, but as always, more important to choose your battles carefully.

The way adidas has been jumping heavily into aggressive marketing is truly impressive to me. The series of adiZero Crazy Light commercials, and the in-store displays that compare adidas shoes with competitors shoes by providing a scale for you to weigh the shoes yourself, are two of the best marketing maneuvers I’ve seen in a long time. Granted, there are brilliant marketing campaigns by a number of footwear companies, and 4 out of 5 times I would say Nike does this the best, but the aggressive nature of saying “here we are” and “here they are” shows just how serious adidas is about competing to be the best.

NikeStore Online will not launch the Jordan 4, KD IV, CP3 V or LeBron 9 Elite this weekend. Check with your local retailer for availability.

Nike on the other hand, has carved out a niche for themselves in the world of social media, specifically Twitter (as CNNMoney would agree). Their campaigns for #basketballneverstops, #counts, and others, have taken over Twitter trending topics, and their success is even more apparent on sneaker launch days. So much so that it created a little too much buzz and forced Nike to change their release policies. I commend them for making this change and sending people to their local retailers for launches. In fact, this is something I’ve been concerned with for quite a while and hope to see it stand as something that works well because I feel it will be better for the community in the long run, as well as for the peace of mind for those that man the @nikestore Twitter account.

Recently adidas has been launching product in a similar fashion with events bringing influencers together and incorporating interviews, product testing, and general marketing info to help get the word out about their new high-energy products. I can understand why, it does, after all, get people talking, posting, tweeting about the product. On the other hand, some people are seeing it as a bite to the Nike way of doing things. It works, and you can’t really deny that. Is it the only thing that you should be doing? Of course not, anyone who has heard the term marketing mix knows better. Personally, I think it is settling for good when greatness is so close you can taste it. Hopefully, it’s a stepping-stone for adidas.

Losing some respect for Adidas with this basketball push I’m seeing from them today. Do your own thing… Damn. It’s better that way.

So, back to the Derrick Rose injury and the need for attention. When D-Rose went down, I think the entire basketball community, from professionals to fans, simultaneously let out an “Damn. That doesn’t look good.” D-Rose and the Bulls were on a path that would have likely led them deep into the playoffs and possibly to a championship. Nobody wants to see one of the NBA’s best players hurt, period. Shortly after, Nike designer Jason Petrie made the comment that Rose should have signed with Nike instead of adidas, implying that his shoes were at the root of his injury.

With plenty of support from Nike fans and plenty of hate from adidas Fans, it succeeded in boosting his followers. I don’t think that was his attention, I think he’s just passionate about what he does, and what he does is work for Nike. The after effect of saying something without thinking may have repercussions, though. Petrie decided to disappear from Twitter the next day and hasn’t returned since. Safe to assume the betterment Nike’s corporate well being, aka Nike saving face, is behind it? Probably. The best policy is to let people forget about it right?

On the other hand, today I read that an adidas employee was fired for talking about Derrick Rose’s shoes and how adidas supposedly “stretched” shoes to get him back on the court sooner. Personally, I think of all people to want D-Rose back on the court sooner, it would be Rose himself that was a little too eager to take the Bulls through the playoffs. He’s one of the most competitive players in the game.

I don’t personally know either Jason Petrie, or Bear Heiser, the author of the adidas post. Judging by the way that the @HoopsAuthority Twitter account was used to send the story to other sportswriters and media people, I assume the goal was to get more attention to the site in which it was written on. If the story is true, it’s an interesting one to break. As for Petrie, as I stated before, I think it was said in the heat of the moment and hope that the repercussions from corporate weren’t too bad. I admire the passion of both of these people, whether I know them or not.

What I can tell you from all of this drama surrounding Derrick Rose’s shoes is that the competitive nature seems to be burning within Nike and adidas. I’d even through Under Armour in there because they are slowly making the right moves to be noticed. See the screenshot below in which a search for “Under Armour” brings up a promoted tweet from @NikeSportswear. The corporate policy may be to keep moving forward and ignore the competition but it seems that the footsteps are getting louder from adidas and Under Armour lately.

In a time when it seems a lot of sneaker enthusiasts seem to be saying, “the game is ruined,” I’d argue just the opposite. We now have people on the business side of sneakers, that have grown up loving sneakers their entire life and when it comes to a situation like Derrick Rose’s injury, that passion shines through, good or bad. The competitiveness, the passion, the love for sneakers, the community, the culture, and the business, is on its way to being the best it’s ever been. I’m excited to be a part of it as it grows and develops into something that the next generation can be a part of.