The Places You Have Come to Fear The Most 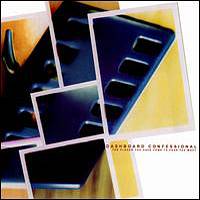 Holy Eff! It’s been 10 years since the Dashboard Confessional album, The Places You Have Come To Fear the Most. I know, I just lost at least 70% of the people that read this with the first mention of Dashboard, too ’emo’ for them. Well, the other 20% that just left are hipsters shunning me for listening to emo music, after all, they’ve been over that for at least 9.5 of the 10 years since.

So for those of you that made it the extra mile, or in this case, 90 words (go ahead and count), thank you. (If you make it the rest of the way, please leave me a comment 😉

The refuge that you’ve built to flee.

I have spent most of my life living in Sacramento, California. It was at a Best Buy there, that I was coincidentally working at, where I was digging through the racks of music looking for something new to listen to on my lunch break. I’ll never forget the kid that approached me, though I don’t remember his name, nor did I ever see him again after that day. He seemed like he was about 10 years old, but after I told him I was looking for something along the lines of a singer/songwriter type of album, his face lit up and he hunted down the Dashboard Confessional album, The Place You Have Come To Fear the Most.

I have to admit, Chris Carraba’s voice was a bit offish when I first listened. After a while, though it began to grow on me, and the guitar on the album is amazing. The album has remained one of my favorites since I first heard it. Obviously, considering the hostility and angst, it’s not one you can listen to on a regular basis and stay positive, so I listen with caution and only on occasion. After going through some emotional situations in the past couple of months, it found its way back into my life driving across the desert of Nevada last week. The same desert my car and I broke down in listening to this album almost 10 years ago to the day. I guess things come full circle, right? At least I learned what booney stomping is.

I’ve decided to embark on some new journeys of my own this summer including quitting my job, traveling, and moving to Southern California. After revisiting this album for the last week, it’s amazing to see the places I’ve come to fear the most and the refuge that I’ve built to flee. We all seem to fall into the comforts of the day-to-day but I’ve always found my way back to Sacramento, to my comfort zone. To the “get a good job” and “work hard” to earn the right to come home and watch the news every night while you eat your dinner life that so many people choose to live. I get it, it’s comfortable, some days I feel like it’s for me even, enough to keep me coming back. I’ve built up my refuge, only to flee it in search of something more.

10 years ago, I was in a similar situation, but I didn’t have the courage to flee my refuge. This time it’s different, though I’m moving on from a relationship in a similar fashion, I am moving on knowing that my recent partner inspired much of this change. 10 years ago, I was just bitter and connected with the pain of this Dashboard Confessional album. What I love about music, and what really makes me consider music GOOD, is when you can connect to it under different mindsets, and different emotions, regardless of your emotion, or the emotion of the music itself. The Places You Have Come To Fear The Most is one of those albums to me, front to back, it’s poetic and filled with emotion, whether it motivates you to flee the refuge you’ve built just depends on how you use its energy.

I wish I could thank that kid that introduced me to it because it’s somehow become motivational for me once again.