Considering I am obsessed with sneakers and the San Francisco Giants, it’s probably no surprise to anyone that knows me or reads my blog, knows that I’m also obsessed with Brian Wilson. Though I can definitely appreciate the man’s beard farming abilities, I’ve been slightly preoccupied with his choice of footwear since I noticed some nice iD’s on his feet a while back and he sported all-orange cleats from the Boom Pack, pre-beard at the All-Star Game. I suppose it’s also easy for me to relate to someone so uncontrollably awesome. Brian Wilson’s Nike collection moved up on the scale (along with his awesomeness) when he wore one of the two pairs of Nike MAGs that he won, on the field for the game on Friday, September 16th. Check out the pictures below I posted on Twitter.

Note: I’m still looking for a Boom Pack if you have a lead on one please let me know. Thanks to @xBRICHx for giving me credit on his post, and for the guys at SBNation for updating their post when I contacted them. It’s greatly appreciated. 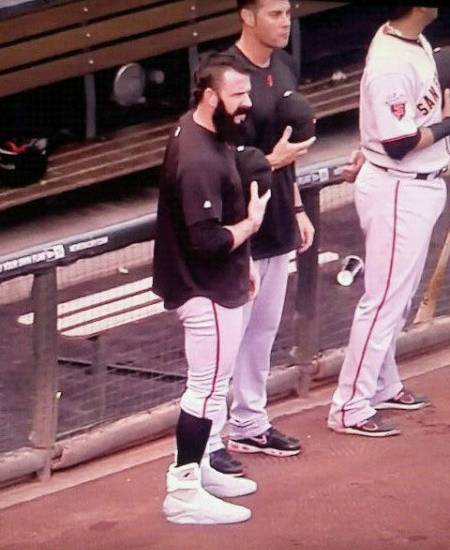 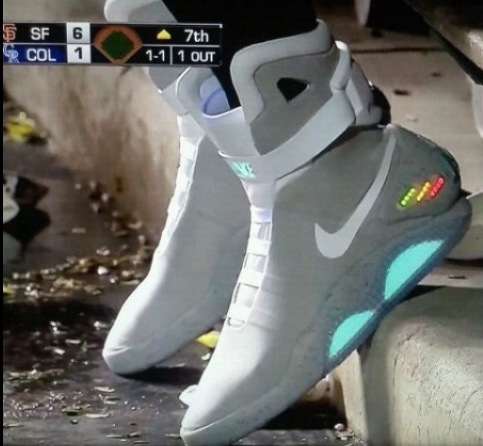