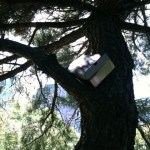 From musical references to most recently being the subject of MTV’s coverage of the Video Music Awards (VMA), Twitter has changed what “news” is. Everything is real-time, what people are buzzing about now, but from a sneaker addict perspective, the sneaker culture has seen some of the greatest benefits from “tweeting.” Personally, I had a great experience thanks to Adidas’ use of Twitter, but beyond that, there is so much more for sneaker lovers on Twitter.

The hype around upcoming releases is what fuels sales numbers, and also helps determine what shoes actually make it from a sample pair, into a production model. Twitter has taken that to a whole new level. Celebrity sneakerheads seem to enjoy showing off their latest pick-up as much as the rest of us. Although many, like Wale, seem to have the hottest upcoming release months in advance, a few others have been jumping in on the action lately in even more creative ways.

Some of the most notable Twitterers are Tyjuan of LDRS, who is currently on his second month of wearing a new pair of adidas every day without repeating. While you should be following Next Day Pair for a more diverse selection, as he is currently about a third of the way through his goal of wearing a different pair of shoes every day for a year without repeating a pair. For release info and eBay finds, you can follow Joey Sneakers and Lady Sneakerhead for the ladies, who seem to pick the highlights of the blogosphere and bring them to your twitter inbox. There are many more “heads” that post up a simple and easy Twitpic on a regular basis, including my friends over at OSD, who encourage followers to Wear Them Wednesdays (#WTW) for the weekly radio show. Overall, Twitter seems to have become a great place for sneakerheads…now it’s becoming better (or worse).

Now that Twitter is about as mainstream as food, it seems that the corporate execs seem to want to take even more advantage of it. Rather than just having Wale drop pics of an upcoming release, it seems Nike/Jordan have decided to have Ray Allen drop kicks randomly for his followers to pick up. Which is great, if you happen to live in Boston, right? Well if you’ve been following Ray he claims to be two steps ahead of the idea of doing it in other cities, which of course plays into the hype perfectly. Will other players follow suit and give away some of their player exclusives?  Who’s to say, but be surprised if you see your favorite player doing something similar in your city once the NBA season kicks off on October 27th, 2009.